It’s Fathers Day on Sunday but this is a post I have wanted to write for quite a while. There is always so much in the media about working mothers and the constant juggle that ensues and this is very true in a lot of cases.  However I don’t think it’s exclusive to mothers and I also think that from experience and talking to others that fathers don’t get as much understanding when it comes to flexibility that is sometimes required.

It will also be welcomed to see the introduction of paternity leave from September, now extended to self employed dads too.  Most companies only offer 2-3 days which barely covers the process of labour and returning home from hospital. Totally unrealistic and unfair to fathers and mothers come to think of it. 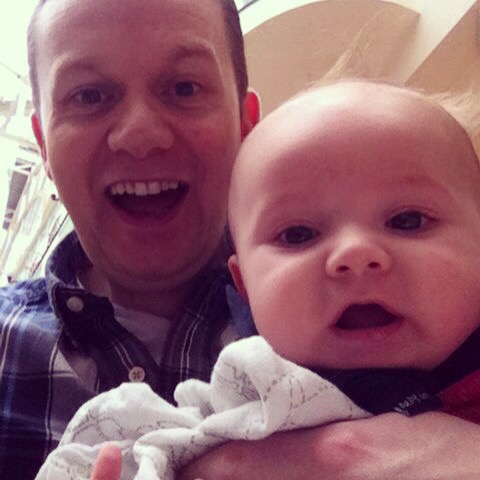 Anyway back to working dads. By its nature parenthood requires some flexibility from employers, kids get sick, crèches close at a certain time and above all else you have chosen to have a child so getting to spend some time with them is also a priority.

In the environments I have worked in it is true that a lot of the ‘flexibity’ falls to the mothers. She is usually the one to take the sick day, the one to rush out of work and collect the kids and request time off for appointments but this is not always the case.

I find that mothers by their nature tend to take on more of the parental duties but in our house and many others we pretty much share the load. We decided on Josh’s creche location based on where my husband works as this was the constant and he does the drops and up until recently a lot of the collections too. I worked in town and we only had one car so this was the only workable solution. It meant he had to leave work on time every evening, something that was noted and went against him at an end of year review-rightly or wrongly. I don’t believe this would have even been an issue or raised if it was a mother leaving to pick up her kids. I have worked in offices where dads come in a little later after doing the creche/school drop offs and it has been remarked upon even though they have made up the time at the other end of the day. This infuriates me for lots of reasons but it’s almost like society assumes that dads don’t want an active role in parenthood and this really is not the case. It also assumes that mothers are going to take a back seat or perhaps compromise their career path to be able to facilitate the juggle of parenthood.

To summarise and calm down my mini rant I suppose what I’m trying to say is why should anyone, mother or father have to sacrifice career choices because they have children or any lifestyle choices in fact once it does not affect their work. Also never should it be scoffed upon when someone leaves the office at the end of the working day to collect thier kids or carry out personal commitments but unfortunately this is often the case. It is up to employers to change the culture, adapt to modern ways and embrace flexible working for all.